The redux of the Leviathan Expedition started today in No Man’s Sky. I didn’t do this one the first time around, because it seemed hard and irritating and I had other more important hard and irritating things to do at the time. I still didn’t want to do it this time, because I just don’t like permadeath/survival/rogue-like gameplay. But … it’s the only expedition I haven’t done at least once, so I’m going to try to get through it.

So far, I’ve put in five and a half hours. The first iteration is done, and I got a few milestones done in the other iterations. Felt like a good time to take a break, mostly because I need to figure out what I’m going to do to get together two thousand nanites quickly and easily. The next anchor point is in a green star system, so I’m gonna need the correct warp drive upgrade. Ugh. So expensive! I currently have two hundred nanites. It’s gonna be a slog.

But it’s been kinda fun, I guess? I’ve only died the one time you have to in order to complete a milestone, but I’ve also not gone and done some of the things that feel like they will lead to dying. Like killing sentinels. Or collecting whispering eggs. I don’t plan to die a second time, but it may very well happen. Ok, probably happen. 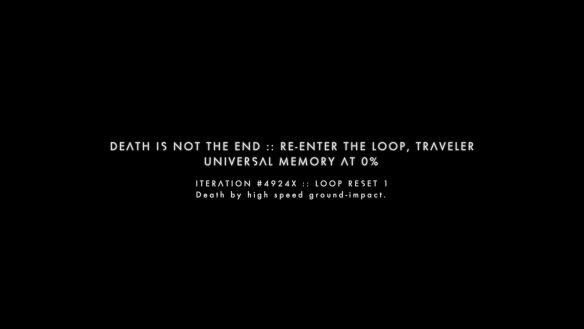 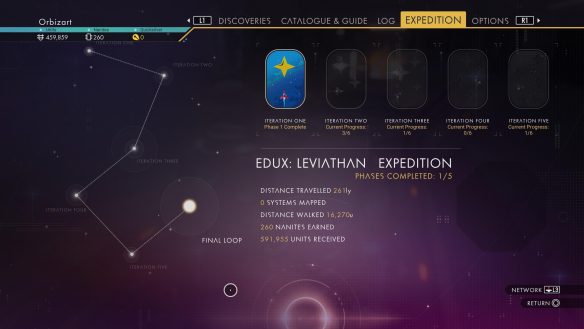